Each month, we interview one of Artists For Humanity’s mentors in an effort to highlight their commitment to their craft and to their work at AFH. AFH’s model reinforces the reciprocal value of pairing working artists and designers (who we call ‘mentors’) with teen artists and designers (who we call ‘youth participants’ or ‘apprentices’) to find creative solutions for client projects. This month, we sit down with Video & Motion Studio mentor Daniel Villanueva.​ 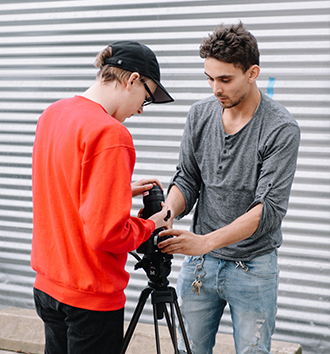 1. What inspired you to become a filmmaker?

I was seven when my cousin gave me a camera to film his wedding reception, and it was then that I realized the impact of a camera. I didn’t have the words to express my enchantment at the time—nor was my footage all that great—but I was able to manipulate time, space, and perspective based on where I placed the camera. The fact that I could choose what I wanted to capture fascinated me. I’ve been hooked ever since!

2. Tell us about the process of filmmaking.

There are three phases to creating a film that require attention, respectively: pre-production, production, and post-production. Basically, as a filmmaker you plan, you execute, and you ‘glue’ the scenes together.

3. What are some of the challenges you encounter in filmmaking and how do you respond to these challenges?

Without a doubt, dealing with the natural elements is the greatest challenge. Production problems can be managed or solved, but there’s no controlling inclement weather which tests your durability as well as your equipment. You learn a lot of patience in the process.

4. Have you always been interested in art and design?

Although I would often reference cartoons and draw them exactly as they looked, I gravitated towards sports more than to art. In hindsight, I wish I would have had the patience to stick with illustration, had I known I’d eventually become an artist. I used to imagine myself becoming a camera operator for live sports. It wasn’t until I started studying film at Emerson that my interest shifted to directing narratives.

5. What is the relationship between your personal making practice and your mentorship role in the Video & Motion Studio?

I remain indebted to my predecessors, mentors, and professors who have taught me what I know about film, and now it is my turn to pass that knowledge on to the younger generation of filmmakers.

In the Studio, I remain as hands off as possible, only correcting teens when they make a mistake. While filmmaking is subjective, there are certainly “rules.” Ironically, one of these ‘rules’ is knowing when to break them. I encourage teens to practice not only operating the camera and framing composition, but also to engage in brainstorming stories so they can put their narrative skills to use. When participants are filming, I step aside to allow total creative freedom. After the teens shoot, we review the footage together to see what worked and what didn’t. Once they have enough content, they’ll jump right into editing and develop something using their unique imaginations.

6. Can you offer a piece of advice to AFH teens as to how they can work on creative projects on their own time?

See your project out until the end. Throughout the process of creating your film, there are going to be moments of doubt. You’ll get tired of reviewing your project over and over, but you need to stick with it. The editing and post-production is where the story comes to life, so you need to spend the most time nurturing your project there. Becoming a better editor ultimately makes you a better director and cinematographer, because you start paying attention to what you’ll need later (for editing) in the process of filming.

7. What would be your dream project to create in Boston (or elsewhere) and why?

I would love to have a mobile production studio. I’d be a minimalist filmmaker who travels and lives in a customized RV or school bus to support my production workflow. I would document my travels across state and national borders, and keep those who are interested informed with updates from the road.

8. How would you respond to people who don’t believe creatives can make a career and a living by doing what they love?

People can certainly make a career out of being a cinematographer or a videographer. Both professions are contingent on knowing how to create a proper frame, but they differ in responsibility. Regardless, producers will reach out to you if they like your work. It’s not always what you know, or even who you know, but who knows you. If you’re known for your work, then you dictate your rate.

9. Tell us one thing you wished you knew as a teenager that you know now.

I’ve come to understand the importance of the digital age and the emergence of the internet. My advice to teens now: learn how to leverage your knowledge of emerging technologies and engage with them. As a digital creative, as long as you can access the internet—no matter where you are—you can remain informed, engaged, and continue to produce compelling content. 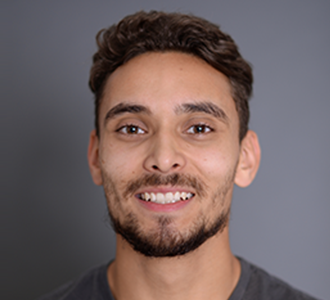 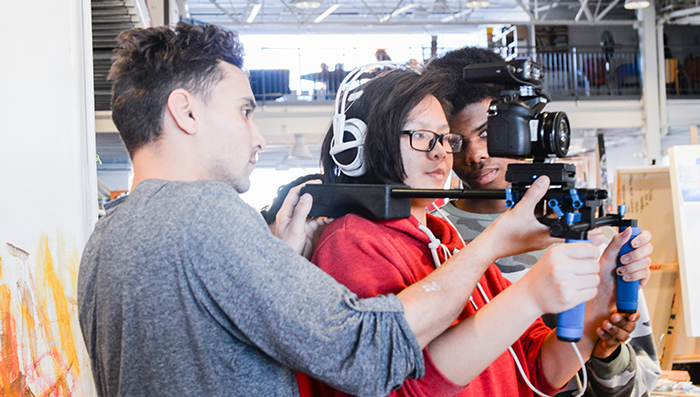 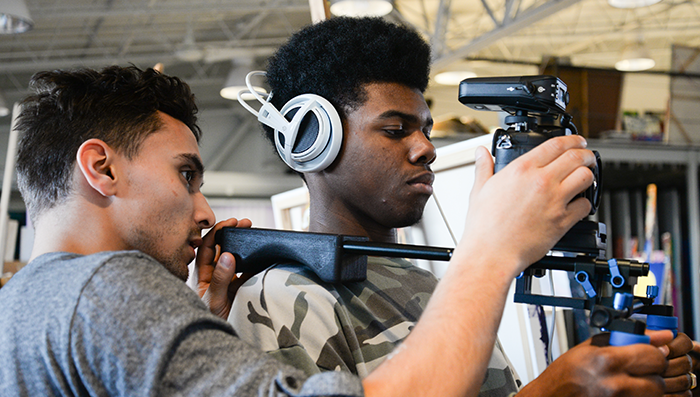