On Thursday, May 11, Artists For Humanity installed a new interactive, site-specific mural at the Edward M. Kennedy Institute for the United States Senate. The mural’s figures are inspired by current AFH participants and mentors. As only the figures’ faces have been filled in, the mural invites creative collaboration by all visitors. Markers and a small sign will invite the public to take part - adding their own splash of color to the ever-evolving piece.

The Edward M. Kennedy Institute is dedicated to educating the public about the important role of the Senate in our government, encouraging participatory democracy, invigorating civil discourse, and inspiring the next generation of citizens and leaders to engage in the civic life of their communities. 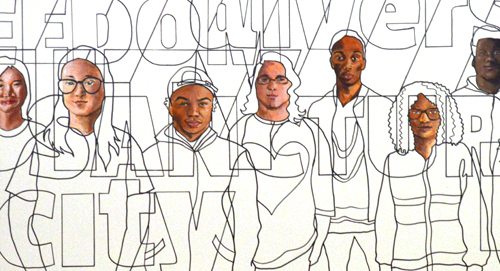 CHECK BACK TO SEE THE MURAL COLORED IN

Guests visiting the Edward M. Kennedy Institute have been coloring in the AFH-designed interactive mural, titled "Immerica." Add your own mark with a visit to the Institute! 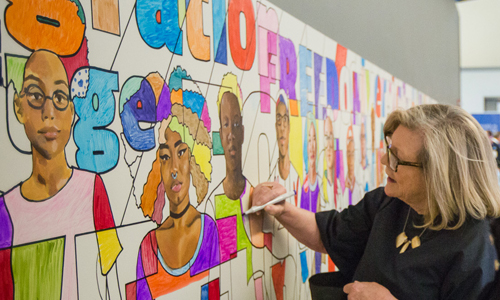 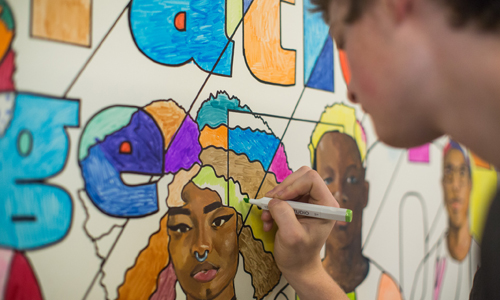