Our latest large-scale project, giant flower sculptures for Federal Realty, is in full bloom — see them on view at Assembly Row soon!​​​ 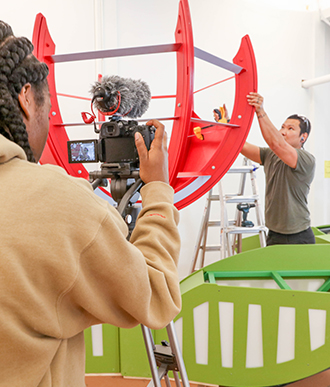 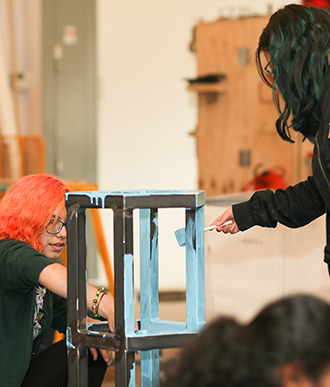 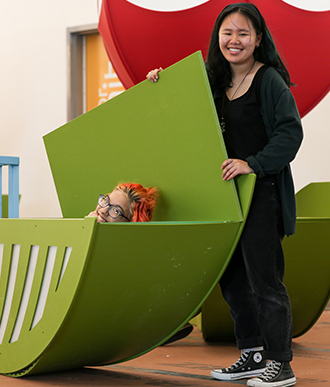 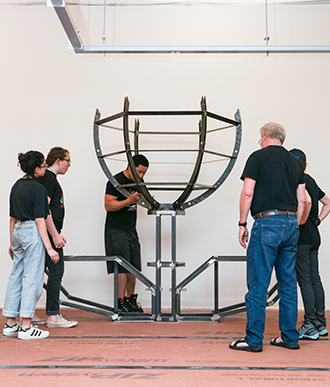 This summer, Artists For Humanity’s teens and mentors have been hard at work in our Boston studios. As a result of our 30,000-square-foot building expansion—which opened in late 2018—we have scaled our space and updated our technology to make way for new large-scale commissions, like the recently completed public art project for Federal Realty Investment Trust.

Designed with the Instagram-age in mind, these whimsical, larger-than-life flowers will transform areas under construction into an art playground. During the day, the sculptures will attract passersby with their brightly colored hues, and at night they will delight with a built-in lighting system emanating a warm, steady glow.​

Of the project, Creative Project Director Haidan Hodgson says, “We wanted to create something playful, yet contemporary. It was important to us that the finished product felt whimsical enough for a kid to play on, and sleek enough for an adult to take interest in too.”

AFH’s new ShopBot CNC routing machine allowed the organization to fabricate the entire project in-house. Teens collaborated with mentors to set up the router, observed it in action, and assembled the components cut by the router into the final product. AFH teen designer Cameron says, “Projects like these require tons of physics and math—which means we come together as a studio and figure it out together.”

Visit these large-scale blooms in Assembly Row and tag #AFHGrows to be featured on our social media channels!