INTERVIEW WITH STEPHEN HAMILTON: ON TEXTILES​

Working with young people keeps me grounded, it makes me conscious of the transformative power of artmaking and the impact it has on people's lives. It is also very important the participants understand the cultural and historical significance of these traditions in both Africa and the diaspora.

The textile traditions of West Africa are among some of the most complex and beautiful traditions in the world. They exist as both works of art, and items associated, with ritual, status and deep intimacy. It is important that young people (especially those of African descent) understand the cultural and historical significance of these art forms, because of the role that they played in the history of the Americas. It was West African knowledge of Indigo cultivation and processing that powered the Indigo industry in the United States, Latin America and the Caribbean. This was an industry that was dependent on the labor of enslaved Africans. Thousands of pieces of cloth woven on the Nigerian upright loom, very much like those we are making now,  were purchased by European merchants so they could sell them elsewhere in Africa in exchange for slaves. Some weavers in other parts of Africa were even enslaved and forced to weave textiles for this same purpose.

"Weaving requires patience and precision. It is time consuming and requires the weaver to get lost in the rhythm of manipulating the warps and wefts."

"By learning these skills we reclaim them, we retake ownership over the traditions of our ancestors that were both exploited and stripped away from us."​ 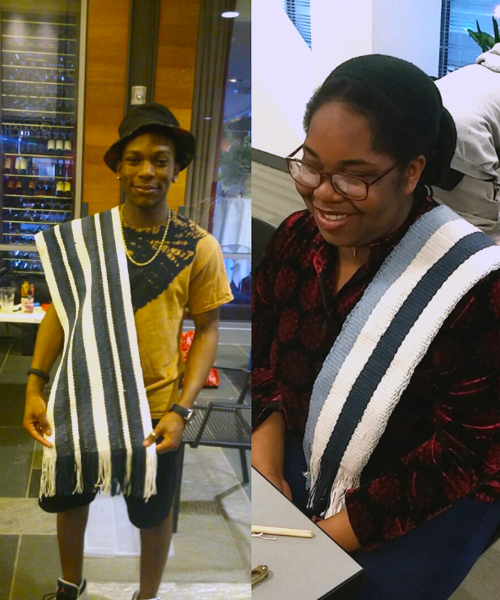 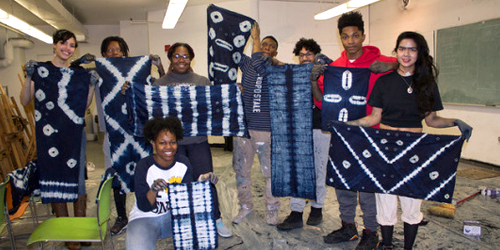 Painter, illustrator and former AFH mentor Stephen Hamilton wears many hats. In addition to his personal creative practice, Stephen teaches at Massachusetts College of Art and Design. His latest project, “Stitched Into Memory” is an arts education initiative teaching ancient West African textile arts to Boston’s youth. With support from the New England Foundation For the Arts and in collaboration with Friends of Fort Point Channel, Stephen meets with a small group of young artists and designers once a week where they experience a full range of fiber arts: from indigo dyeing to creating one-of-a-kind pieces on the loom. In our interview, we hear from Stephen about the project, his introduction to fiber arts and the impact of this work.

In his artist statement, Stephen explains, “My work focuses on the aesthetics and philosophies inherent throughout Africa and the Diaspora. I strive to create a dialogue between contemporary black cultures and the ancient African world. My pieces depict African thought and culture as equal to, yet unique from its western analogue. This work stands in stark contrast to the pervasive negative associations, which have become synonymous with black culture.”

Stephen attributes much of his learning to Chief Nike Okundaye who is a pioneer in reviving and sustaining the art of Adire, as well as Aso Ofi of Nigeria who he credits as “a wealth of knowledge who helped me so much when I stayed with her in Nigeria.” He is deeply grateful to Mrs. Agnes Umeche who taught him how to weave and process indigo. Of his three mentors, Stephen says: “without them this project wouldn’t be possible.”

Learn more about “Stitched into Memory” here and Stephen’s other projects here. 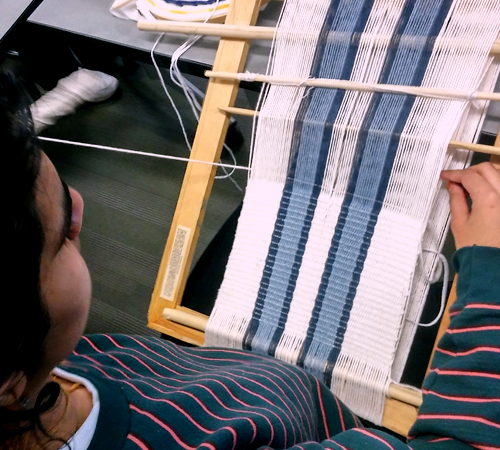 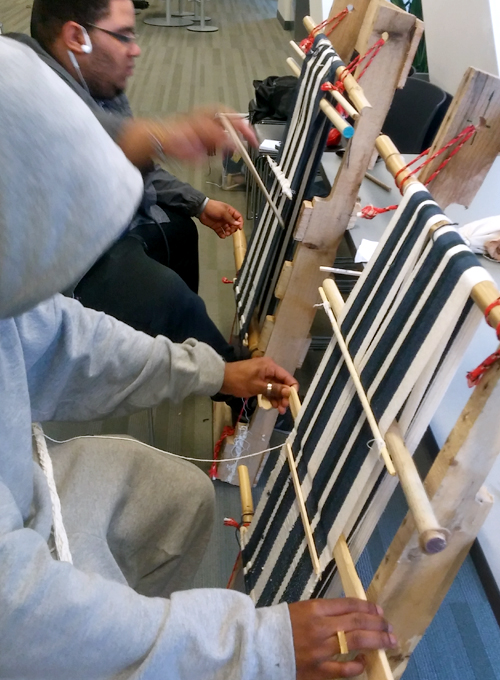